Kate Moss has a six-year-old daughter, Lila Grace, with former beau Jefferson Hack. And now the supermodel has fueled speculation she is expecting a baby after she was snapped clutching her stomach during her vacation in Thailand. 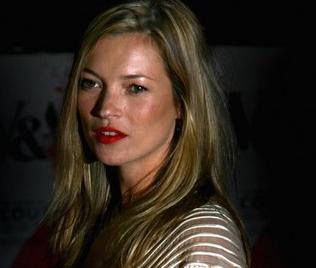 Wearing a baggy top, Kate enjoyed the holiday with boyfriend Jamie Hince and daughter Lila on Surin Beach, Thailand on January 3. The British beauty sparked pregnancy rumors after she was photographed putting one hand on her stomach, which looked as if she’s pregnant.

A source revealed: “Even though she had a cigarette in her hand, Kate definitely looks as though she’s expecting. She was walking with Jamie and Lila but kept putting one hand on her stomach – you could clearly see she has a bump there, even though she was wearing a baggy top.”