Britain’s Prince William and girlfriend Kate Middleton were serenaded by Rolling Stones frontman Mick Jagger during their romantic holiday on the West Indies island of Mustique. 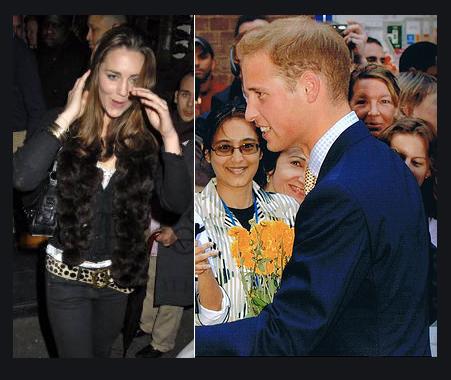 The 26-year-old royal and his brunette beauty enjoyed some of the Stones’ greatest hits as Mick Jagger put on a special performance for 100 VIPs at Basil’s Bar to mark the 40th birthday of the firm that owns the bar.

The exclusive venue was also a favorite of Prince William’s aunt Princess Margaret.

Prince William and Kate are staying at the home of clothing tycoon John Robinson, who owns British high street store Jigsaw, and are being tended by eight waiters.

The trip comes after William’s various military secondments which he has undertaken to prepare him for his future role as Head of the Armed Forces. It’s been a great break for Prince William, who was exhausted. He has been showing Kate how to waterski and they have had the time of their lives.

He has most recently spent time with the Royal Navy on board the HMS Iron Duke, where he has been involved in two drugs busts and has fought Caribbean drug lords.

A source revealed: “It’s been a great break for Prince William, who was exhausted. He has been showing Kate how to waterski and they have had the time of their lives.”

As well as his time aboard HMS Iron Duke, the prince has also spent four months with the Royal Air Force.William will join the SAS, the UK specialist forces, in a non-operational environment this autumn in the last of his secondments.