Kate Middleton is to take up deer-stalking as a serious pastime – a move likely to infuriate animal rights campaigners already enraged that she shoots game. 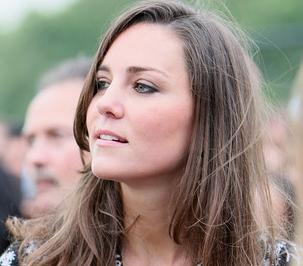 Prince William recently bought his girlfriend shooting paraphernalia, including a Swarovski stalking scope, for her birthday and it was believed that Kate is now looking forward to her first stalk.

Kate is already an impressive shot and I recently revealed how she helped choose a gundog for Prince William’s Christmas present.

A source revealed: “Kate happily accompanies beaters while the Princes shoot pheasants, but this season she has been more keen to stand at the pegs with the guns. Now she’s looking forward to bagging her first set of Royal antlers.”

Sources say Kate has booked in some summer-season deer-stalking target practice at an estate close to her parents’ home in Berkshire and has decided to take up her boyfriend’s hobby so that they can spend more time together. It seems Kate has yet to be ‘blooded’, a ritual that involves a hunter’s forehead being smeared with the blood of their first kill.

The source added: “This is another transition into the Royal fold. You can’t marry one of the boys without loving their lifestyle and hobbies.”

Kate’s decision to take up shooting may have been influenced by her sister Pippa who, as I revealed in November, bagged several birds on a trip with chums in Perthshire.