It is still uncertain that Kate Middleton and Prince William will walk down the aisle. Some reports are including what the 25-year-old brunette said over the weekend as a definite hint that she indeed does expect to get hitched to Wills and it may be in the near future. There are reports that showed that Kate Middleton let slip that she may already have plans for her hen night. 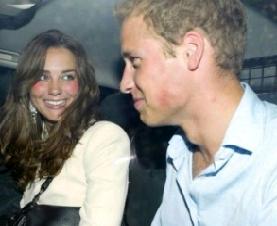 According to a report, Kate Middleton spoke to “The People” reporter as she danced with a crowd of brides-to-be at London club Mahiki. The pretty brunette confirmed with a smile: “No, it’s not my night, not yet.”

As for her pre-wedding bash, she made it clear she would never go for anything too outrageous or overstated, saying, “It’s much better when hen nights are a bit toned-down. She added, “It’s a few of the girls’ hen nights tonight, and they’ve been quite civilized so far. But we’re all having a really good time.”

A royal source revealed, “The fact that Kate told your reporter ‘not yet’ is the clearest indication that her relationship with William is not just back on track, but going from strength to strength. Things are very different now. Wills realized what a mistake he made in dumping Kate, but she has told him she would only come back on her terms.”