Prince WIlliam’s girlfriend Kate Middleton is expected to back favorite My Will in the Grand National today — in honor of her boyfriend. 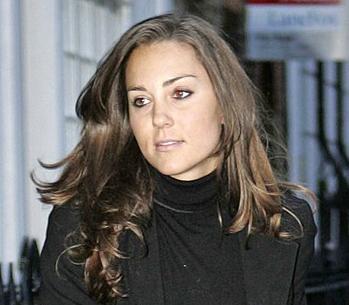 Bookies Ladbrokes sent Kate, 27, a complimentary £100 betting voucher and she stands to win £700 if she invests it on the 7-1 shot.

With 460,000 people called William in Britain, bookies predict there will be thousands more bets on the horse ridden by ace jockey Ruby Walsh.

In spite of the recession, a credit crunch-busting £300million will be gambled on the world’s greatest race.

Meanwhile, Kate Middleton was previously spotted having and planning a quiet date with Prince William.

They had lunch in Chelsea, West London last month, the first time they had been seen out together in two months.