Kate Middleton, the girlfriend of Prince William, has pulled out of plans to be among the first all female crew to row across the English Channel in a Chinese dragon boat. 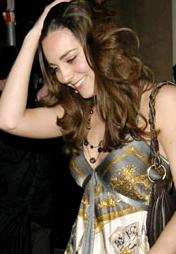 The 25-year-old brunette was in training to join a group of female amateur rowers bidding to reach the French shores in the unusual vessel, but she has ditched the idea on legal advice.

A royal source revealed, “Kate’s lawyers have argued she should be left alone by photographers. But being in such a public event would blow this out of the water.”

The charity race is scheduled to take place on August 25.