Kate Middleton is now a slim size 6 – an American size 2 – because of her regular workouts at the Clarence House gym. 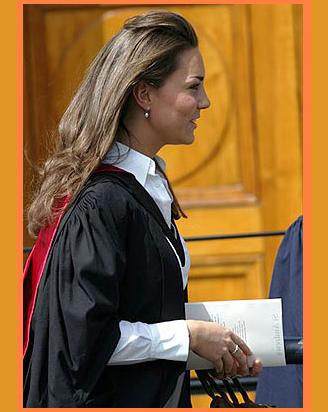 A former college chum revealed: “Kate’s naturally quite athletic but she used to be a lot more curvy. She first lost a few pounds when she did a fashion show at St Andrews, but since then she has lost even more weight and is now slimmer than she has ever been.”

Prince William’s girlfriend, one of the world’s most photographed women, works out religiously for at least an hour a day to keep her trim figure.

A source revealed: “She’s quite figure-conscious and she’s very aware of the fact that the camera adds a good 10lb. She and her sister Pippa are both quite weight aware and like to be slim. Kate also gets sent a lot of clothes from designers and they are all sample sizes, generally a size six or eight.”

The source added: “When Kate was training for the dragon boat race across the Channel last summer, her entire body shape changed and she became a lot more toned. She loved the training sessions and really enjoyed the results of taking lots of exercise. She cycles whenever she can and works out at the gym at Clarence House, sometimes for a couple of hours at a time.”

She has been invited to the VIP area by Alexander Bridgeman, the 28-year-old son of the 7th Earl of Bradford, who is hosting a private party in the grounds of Weston Park, the family’s Staffordshire estate where the festival is held.

Another source said: “Plenty of celebs will be there. Both Kate and Pippa are on the VIP list.”