Kate Moss, a British supermodel, is taking refuge at the home of James Brown after her split with Pete Doherty, according to reports. 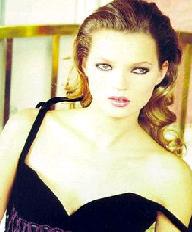 An enraged Kate Moss, who ended her relationship with the Babyshambles rocker after claims of having affair with Lindi Hingston, is claimed to have burned her once treasured collection of Doherty’s lyrics, love letters and poetry.

One source revealed, “Kate gathered quite a collection of Pete’s rambilings over the two years. Now she’s decided to cleanse herself of him by burning the lot.”

A source added, “They already had a huge row over money before Pete went on the pull. Kate claimed he hadn’t asked her first. It had made her question whether she could ever trust him again. They had a fall-out and Pete’s reaction confirmed in Kate’s mind that it was really the time to let go.”