Kate Nash would love to be a nude spy. She loves the idea that she will be invisible for a day and spy on n@ked men. 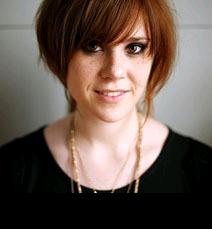 The “Foundations” singer revealed if she had a superpower for a day she would sneak into male changing rooms and play pranks on people she didn’t like.

She revealed, “I would love to be invisible for a day! I’d probably just do loads of stupid jokes on people. I’d find people I really hate and pull down their trousers. I’d go in the male changing rooms. I’d like to hang around the person I fancied as well and find out what they say about me.”

The singer, who has been confirmed to perform at this year’s Vodafone Live Music Awards on September 19th, added, “I had this rule that I wouldn’t work in a job for more than three months because I didn’t want to get stuck in a rut anywhere. I didn’t get into university and then I didn’t get into drama school for the second year running. I thought, ‘I’ve got another year of c**p jobs and I’m trying to do something can it’s not really working. I can’t really seem to achieve what I want to achieve. And then I broke my foot. It put me in a place where I thought, ‘Oh, I’m just going to book a show now.’ “