Katherine Heigl, the star of “Grey’s Anatomy, has decided to have a perfect winter wedding in snowy rural Utah. 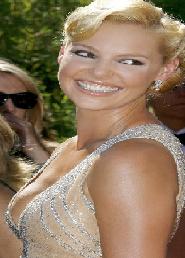 News of the actress’ 23 December (07) nuptials leaked out a month ago, but now reports suggest she and husband-to-be Josh Kelley will be heading to Utah, where the star owns a ranch property, for the big day.

And there will be one big tribute during the ceremony – to the actress’ brother Jason, who died of brain injuries suffered in a 1986 car crash, according to a newspaper report.

Katherine Heigl met and fell in love with singer and songwriter Kelley when he hired her to play his love interest in the video for his single “Only You”.