Katherine Jackson will be the guardian of her son Michael Jackson’s two oldest children, according to an agreement between Jackson’s lawyers and attorneys for Debbie Rowe. 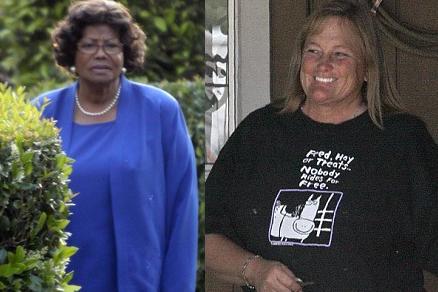 As part of the agreement, still pending court approval, Rowe will be granted visitation rights for Prince Michael, 12, and Paris Michael, 11. The timing and frequency of the visits will be determined by a child psychologist, selected and paid for by both parties.

Legal representatives for Rowe released a statement Thursday saying both parties were “pleased this matter [was] resolved and was handled in a caring, thoughtful and courteous manner by the parties and their representatives. We were all united in our goals to do what is best for Michael’s wonderful children, and both Mrs. Jackson and Debbie Rowe were on the exact same page.

“The parties engaged in a dignified discussion that resulted in a dignified outcome,” Rowe’s attorney, Eric George, said. “The sole consideration between the parties was the best interests of the children. I’m proud to have worked with such professionals who represented Ms. Jackson, and I am particularly proud of Deborah for her integrity and selflessness.”

Michael Jackson, who died June 25 at age 50, was the sole parent to his three children. He was married to Rowe, but both had described the relationship as borne out of a friendship and said that Rowe had given birth to his two oldest children as a “gift” to Jackson. They divorced after Paris-Michael was born and Rowe was largely absent in her children’s lives. His third child, 7-year-old Prince Michael II, known as Blanket, was born to a surrogate and the mother’s identity has never been revealed.

In Jackson’s will, he expressed his desire to have his mother take care of his children. But after he died, Rowe showed interest in raising not only her two children, but Blanket as well. In a phone interview with television station KNBC, she also said she would seek a restraining order against Joe Jackson, Michael’s father; Michael Jackson had a complicated relationship with him and often spoke of beatings at the hands of his father.

After Mrs. Jackson, 79, was named by a court as the children’s temporary guardian, Rowe won a delay in a guardianship hearing while she decided whether to seek custody. Other hearings were delayed at the request of both parties, and Mrs. Jackson’s attorney, L. Londell McMillan, had described the negotiations between both sides as very cordial.

While McMillan would not discuss details of any agreement, he did say no money exchanged hands. Rowe has taken legal action and demanded retractions as other reports have claimed that she was seeking money from the Jacksons in exchange for dropping any attempt at custody of the children.

Michael Jackson gave Rowe a financial settlement after they divorced in 2000 and she relinquished her parental rights. But they were reinstated by a judge in 2005 after Rowe went to court over the children. The custody dispute was settled in 2006. Terms were not disclosed. Jackson retained primary custody of the children.

All three children have been living with Katherine Jackson since their father’s death, where they have been surrounded by their aunts, uncles and cousins.