Katie Holmes and Nicole Kidman had sparked reports that there a feud brewing between them. 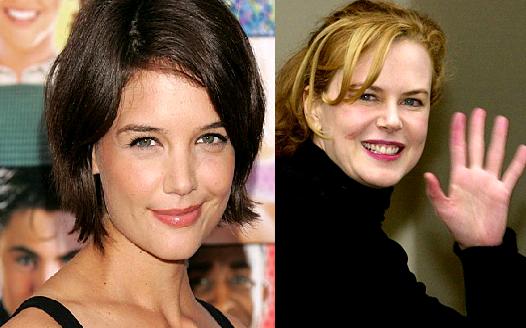 The speculations began when Katie Holmes, the “Mad Money” actress revealed that she has been moving more and more into the role of mother to stepchildren Isabella and Connor. She said, “They call me Mom.”

As reports coincides with the confession of 40-year-old Kidman on her two kids with Tom Cruise no longer “call me Mummy.”

The actress revealed, “It’s Mum or sometimes Nicole. I’m like, ‘Hey!'” she said. (But her representative revealed that the actress was only “joking around.”)

A source, which is close to the family, said, “Isabella especially took to [Katie] right away.”

Adding to the tension is the fact that Tom Cruise is raising his children as Scientologists, something the Catholic-raised Kidman is “not cool with,” according to the insider.