Katie Holmes wants to invite people who are rude about her family to dinner. 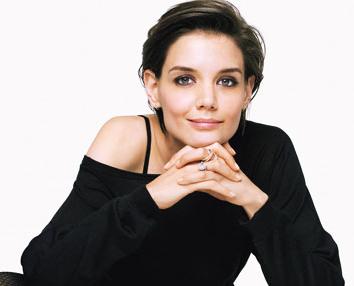 The 30-year-old actress, who has two-year-old daughter Suri with her husband Tom Cruise, insists people would retract their horrible remarks if they spent time in her home.

She said: “Sometimes I think I would say, ‘Why don’t you come over and have dinner? See what there is to see.’ ”

Katie admits she finds it hard when people spread rumours about Suri – shortly after she was born rumours circulated Katie’s pregnancy was an elaborate hoax and that Suri didn’t exist – and is determined to protect her daughter at all costs.

She told America’s Glamour magazine: “Some of the stuff people said was such absolutely horrible things to say about a child. It was so uncalled for and so disgusting. Enough is enough.

“Tom was supportive. We were changing diapers. He said, ‘I don’t want you to get upset.’ And I said, ‘Well, I am upset.’

“So we approached it together. But I definitely felt like – as a woman, as the mother of Suri – I want to handle this! My mom is very strong, and if anyone ever said anything about any of us, she would be, ‘Excuse me? That’s my family!’ ”

Katie – who has previously admitted she had a crush on Tom, 46, after she saw his 1986 movie ‘Top Gun’ – claims she always knew she would marry the star.