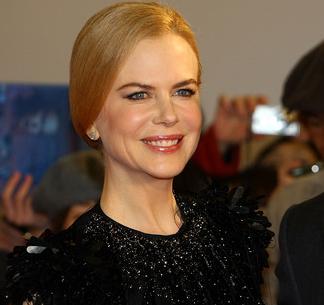 Music star Keith posed for the adult magazine eight years ago, but Nicole only saw the revealing photographs recently.

He revealed: “Nicole was impressed with the shots. It was spread over two pages and had staples in all the right places!”

Although the 41-year-old musician enjoyed stripping off for the publication, he is unsure if he will pose again because of his family commitments.

Keith – who has a seven-month-old daughter, Sunday Rose, with Nicole – said: “I am a dad and a totally different person now. But I might consider it if my fans demanded it!”

Nicole isn’t adverse to flashing her flesh in photo shoots – she was said to be considering asking Patrick Demarchelier to take exclusive photographs of her pregnant body shortly before giving birth.

A source said at the time: “Nicole wants to wait until she looks really pregnant.”