Katie Holmes, the star of the new film “Mad Money”, revealed that she’s ready to have more children. 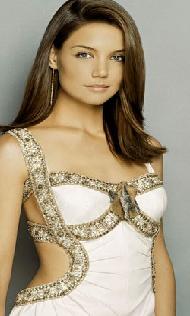 The 28-year-old actress said, “We’re having the best time, it’s so amazing.” She gave birth to the couple’s first child, Suri, in April 2006.

When the actress was asked about the possibility of more kids, Katie Holmes revealed, “Yes, definitely.” The interview airs Monday.

Tom Cruise and his former wife, Nicole Kidman, have a 12-year-old son and 15-year-old daughter, and Katie Holmes said the role of stepmother is one she relishes.

Katie Holmes revealed, “The kids are so sweet, they’re so great with Suri and she lights up when she sees them. We have so many kids in our house, there’s always this wonderful chatter and the great noise of kids.”

The actress said her 44-year-old husband has played a key role in making the transition to motherhood an easy one. She added, “He’s a great father and so it came to no shock that when we had Suri he was amazing with the baby.”