Katie Holmes, together with her husband Tom Cruise, made a stunning fashion statement at the AFI Fest Premiere of the film “Lions For Lambs” at The ArcLight Theater, on November 1. 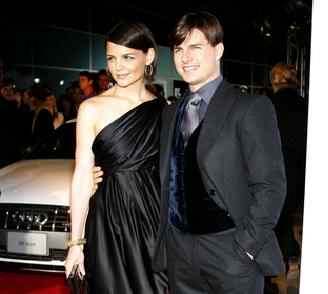 Tom Cruise and Meryl Streep starred “Lion For Lambs,” which is a war drama. Robert Redford, who is also the director of the film. Is also included in the cast.

Tom Cruise plays the role of a senator full of charisma, where Meryl Streep portrays the role of a television journalist and Redford plays a professor. The stories of the three are part of a larger theme entailing the complex nature of war.