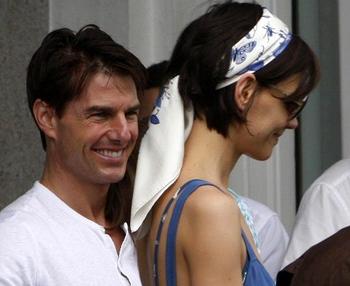 Suri is growing up to be a tall girl.

After leaving their posh hotel in a four-car convoy amid heavy security on Friday, January 30, they entered a Brazilian military base and hit a beach within the residential area of the compound. There they played in the sand before being mobbed by residents, made up of military staff and their families.

The family was accompanied by tough looking security guards that you clearly wouldn’t want to mess with.