Katie Holmes was spotted rushing off to a local office building on Sunset Boulevard in Los Angeles, California on July 29. 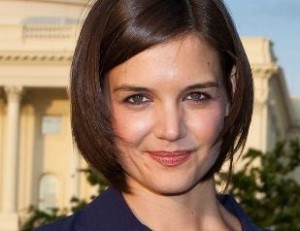 The “Mad Money” star was sporting a white blouse, olive green jacket, jeans with cuffs and a pair of Christian Louboutin heels. She already attended meetings since returning to the west coast from Toronto.

Meanwhile, Katie was busy filming The History Channel’s miniseries event “The Kennedys” during which she brought daughter Suri along for company.