Katie Holmes, who was previously spotted wearing another hairstyle, was showing another fashion statement – she was wearing husband Tom Cruise’s jeans. 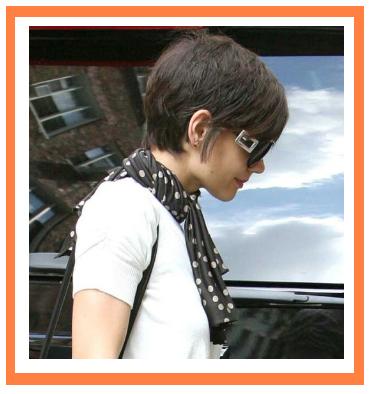 Kim Dillard, who is a representative for Prps Jeans, revealed: “Prps has adapted the style for women in the new fall collection as the Boyfriend jean.”

The 29-year-old actress, who makes her Broadway debut next month in Arthur Miller’s “All My Sons,” has been rocking the style when arriving for rehearsals and playing with 2-year-old daughter Suri Crusie.

A source revealed: “It’s the new look Katie [Holmes] is going for.”

The source added: “Suri sat in Katie’s lap the entire time with a bottle. Afterwards they went backstage to take photographs with the cast.”

“All My Sons” starts in previews September 16 and officially begins a month later. It also stars John Lithgow, Dianne Wiest and Patrick Wilson. Katie Holmes will be in the production for 16 weeks.