Prince William and Prince Harry have persuaded producers of new James Bond movie ‘Quantum of Solace’ to donate profits from the film’s national premiere to an army charity. 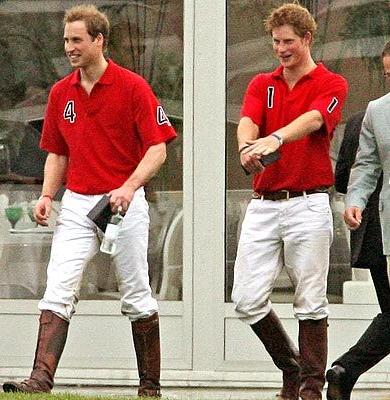 The young royals will attend the premiere in London on October 29 to show their support for the Royal British Legion’s Help For Heroes campaign, which raises money for servicemen and woman returning from war in the Middle East.

‘Quantum of Solace’ producers Barbara Broccoli and Michael Wilson said in a statement: “We are thrilled Prince William and Prince Harry have agreed to attend the world premiere of our latest James Bond film, and are pleased this event will help raise much needed funds to support the servicemen of our country through the Princes’ chosen charities.”

[Prince] William and {Prince] Harry are no strangers to the armed forces.

Prince William is currently involved in a series of military secondments to prepare him for his future role as Head of the Armed Forces.

He has spent four months with the Royal Air Force and recently worked with the Royal Navy, including a five-week stint aboard HMS Iron Duke, where he took part in two drug busts.

[Prince] William will join the SAS, the UK specialist forces, in a non-operational environment this autumn in the last of his secondments.

[Prince] Harry spent ten weeks in active service in the Helmand Province of Afghanistan earlier this year but his tour was cut short after a media blackout of his whereabouts was broken.His involvement had been kept secret in order to prevent information reaching the Taliban.