Katy Perry turned herself into a candy-coloured alien for “E.T.” video (featuring Kanye West) with the help of make-up. 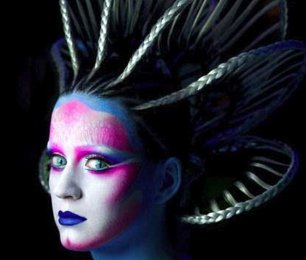 The 26-year-old pop star released some striking stills from her upcoming video, including images that shows her face has extra terrestrial features. The official video for E.T. will be launched on YouTube on March 31.

Meeanwhile, Katy was spotted to be reunited with her husband Russell Brand when she returned for a quick break from her European tour.