Katy Perry had an interesting revelation when she was asked if she would be willing to record a song with Taylor Swift during a Twitter Q&A on September 10. 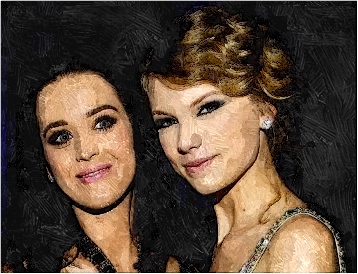 The “Part Of Me” singer, who was wearing a polka dot robe, spent time with her Twitter followers while waiting for her food delivery from Cheesecake Factory. When asked about the collaboration with “Love Story” singer, she will say “Sure!” if she says sorry. Meanwhile, Katy also retweeted one of her own tweets from May 2015: “Time, the ultimate truth teller.” She first shared those words after Taylor called out an unnamed mean girl who allegedly betrayed her.