Rob Kardashian and Blac Chyna were expecting a baby and its gender has been unveiled the gender of their upcoming baby on the premiere of their new E! reality series Rob & Chyna! 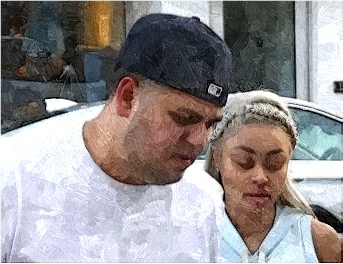 The reality couple discovered that they are expecting a baby girl when they visited the doctor. The younger brother of Kim Kardashian described the moment as emotional. He admitted that he really wanted to have a baby boy because it definitely stemmed from his dad. He was also certain that he would have the same relationship that he had with his father with his daughter. Meanwhile, Rob was just happy that the baby was healthy and he was going to be super happy with a baby girl.