Keira Knightley would never leave the house without her underwear. 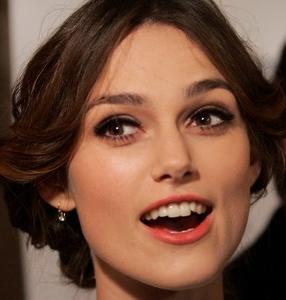 The “Pirates of the Caribbean” star admits being a celebrity isn’t easy, but insists fame is not an excuse to be caught going ‘commando’ in public.

She revealed, “The whole celebrity thing is not magic. They are just real people proving they are sluttier than everybody else because they don’t wear any knickers.”

The 22-year-old actress slammed stars that are photographed drunkenly staggering out of nightclubs, saying, “I’m not going to get blind drunk and then stumble out of a club and fall over and vomit in front of people. I’m not saying I don’t do that in private, but I try not to.”