Kendall and Kylie Jenner are being sued by a photographer after they used the two photographs of Tupac Shakur on T-shirts. 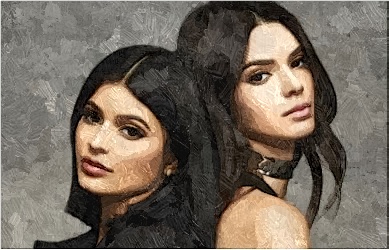 The reality stars reportedly sold the shirts for $125 per piece. The copyright infringement is filed against the sisters. Michael Miller, who is the photographer, claims that the sisters did not seek any permission to use his images. According to the report, the photographer wants at least $150,000 per piece for the use of his photos. Jenners’ publicists are not immediately returned on Friday. Meanwhile, Kendall and Kylie Jenner sparked controversy over Kendall + Kylie shirts last month after Ozzy Osbourne’s wife and the mother of the late rapper Notorious B.I.G, criticized them.