Movie star and part-time musician Kevin Costner and his band Modern West (a country band) were about to take the stage at a music festival when thunderstorms hit the area, causing the stage to collapse which instantly killed one person and injured 40. 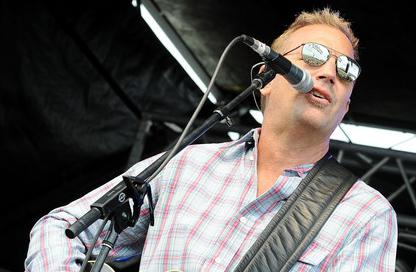 Thousands were camped out at the Big Valley Jamboree when the storm hit, approximately at 6 pm Saturday. Costner reportedly stayed to help victims, including a band member whose arm was trapped by the falling debris.

You could see details of their tour dates and info about Modern West on their official website.