Kevin Federline is convinced his controversial and headline-grabbing marriage to Britney Spears is a stepping-stone to superstardom. 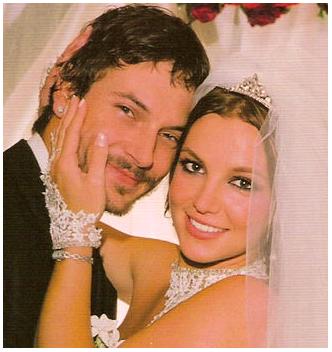 Despite their bitter divorce and an ongoing custody battle, all played out under the watchful gaze of the world’s media, Kevin Federline has no regrets about his disastrous relationship with the singer.

Instead, he plans to use it to make him a bigger star than Britney Spears herself.

He revealed, “I never will regret anything that’s ever happened in my life. I look at life as a lesson. I am a very strong believer that this is a stepping-stone for something else. Not to say I like having the paparazzi around or that I like having my life in the media. But as much as I try to be mad at it, I can’t be. The paparazzi and the press have given me a voice. One day I’ll be able to use that voice.”

Meanwhile, his former mother-in-law Lynn Spears is in town for a family intervention to get Britney into a treatment program for her mental illness. According to sources it was not going too well since the “Gimme More” singer is still unresponsive to the idea of checking in a treatment center.

She was recently spotted with manager Sam Lutfi as they went to a Beverly Hills Mercedes-Benz dealership at 9 a.m. Tuesday.

Another source claimed that when Britney and Sam were in J. Crew, the singer blew a gasket because Sam didn’t have any bubble gum. The clerk in the store said Britney instantly perked up when she found a piece of gum in her bag.