Kevin Jonas was sent to camp to recover from his broken heart. 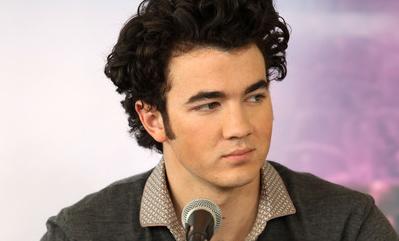 The 21-year-old Jonas Brothers singer admits he was so devastated when his girlfriend broke up with him his mother sent him away to help him forget about her.

He told Top of the Pops magazine: “The best way to get over a break-up is not thinking about it and getting away from it. A girl broke up with me and I was devastated so my mom sent me to camp. It was awesome.

“You learn that it’s not the end of the world, and it’s hard, but you’ve got to realise it does get better.”

Despite his heartbreak, Kevin admits he and his siblings Joe and Nick – who all wear purity rings to signify their vow to abstain from premarital sex – are often pursued by young girls who will do anything to get close to them.

He said: “We have a very good security team who keep us very protected, but we’ve definitely had our moments. We’ve had fans running on to highways to chase our tour bus. They’ve even tried to climb up wire fences to get near us.”