Kiefer Sutherland was so scared when the shark appeared in Disney movie “Finding Nemo” that he jumped and spilled his popcorn. 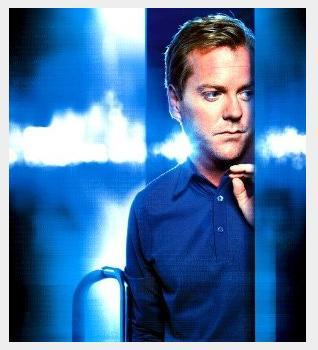 The actor, who has three stepchildren and one biological daughter from his two failed marriages, admits he couldn’t believe how scary the children’s film was.

Kiefer Sutherland, who stars as action hero Jack Bauer in hit US TV show ’24’, said: “If I go to see a horror movie, you wouldn’t hear giggles, you would hear the gasps. I kind of suspend my disbelief and really open up which makes me a prime target for fear.

The actor said: “I remember I was with my daughter at ‘Finding Nemo’, which is a children’s cartoon, and suddenly this shark comes up trying to eat the fish. It just startled me and my popcorn went flying. My daughter was like, ‘Oh, Dad, that’s not even the scary part yet!’ ”

The actor, who can soon be seen in horror film “Mirrors,” also revealed the things that scare him the most.

He added: “The stuff that concerns my family, like something happening to my mom and my dad or to my daughter – being 3,000 miles away doing a film when someone gets sick. Those are the things that I think scare me the most.”