Kim Kardashian blogged on Christmas Eve to tackle accusations about her brother made by Courtney Love with a title: Christmas Grinch. 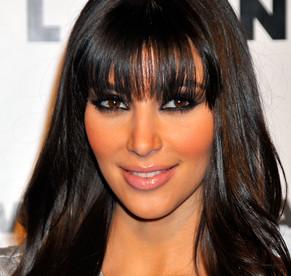 On Wednesday, Courtney Love alleged on her MySpace page that Kim Kardashian’s brother Rob Jr. punched one of her gay employees while calling him a “fagg*t.”

Courtney wrote of the alleged incident in a rambling blog post: “Rob Jr. cold socked and punched my employee right in his face for no reason and broke his nose after my guy was hanging out with his pal Brody Jenner one night outside Hyde lounge.”

Kim wrote: “A lot of what she wrote doesn’t even make much sense and doesn’t follow a clear train of thought. At one point she says Brody was there too and that someone yelled discriminatory expletives against gay people, but I honestly can’t figure out who she is accusing because her writing is so bad.”

She continued: “All I know is that both Brody and Rob didn’t do anything close to what Ms. Love has described.”

She added: “We will forward this terrible nonsense to our attorneys.”

Meanwhile, Love updated her blog on Thursday, clearing Jenner of any wrongdoing, saying: “Brody was fine, he was actually quite nice to my employee and posed for pictures with his new girlfriend outside Hyde Lounge that my employee took.”

Courtney even shared a piece of advice: “Rob throw away your Nirvana cd’s. [I] will not allow you to listen to Kurts music nor my music, instead throw on the Mama Mia soundtrack and dance rob!”