Kim Kardashian, who arrives at the Launch Party for the New BlackBerry 8330 Pink Curve, is already in rigorous rehearsals for “Dancing with the Stars” and she hopes it will have a positive effect on her famous asset – buttocks. 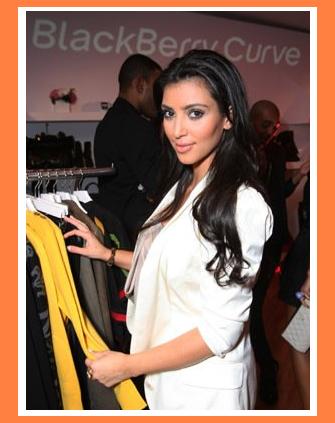 The reality television star revealed: “I’m hoping that it’ll firm it up and shape it up. Everyone is asking if I’m worried it’s going to go away. No, it’s going to tone it up. I can use that.”

Is she going to flaunt what she’s got in sexy and slinky ballroom costumes? The socialite dishes that she expects to show off more than a little skin as the competition moves forward. She replied: “Today the costume that I tried on wasn’t as crazy, [but] the better shape that I get into they will be a little more sexy and risqué. I’m starting off with maybe a ball gown, something a little bit more elegant and a little bit more covered up.”

Kim Kardashian, who got fitness regime in preparation for the competition, is now dancing eight hours a day with pro partner Mark Ballas, explaining: “I’m seeing a slight change [in my figure]. I realize that when I would try to work out really fast, that I would be burned out. I would work out for two days and then wait a few weeks and then workout for a few days again. I decided to stay focused and continuous and I started to see a major change. So, I think I’ll start to see a slow progress throughout the whole show.”

The socialite recently encountered a foot injury after she cut her toe in a hotel room. She said: “My toe is hurting me a little bit more than I thought. We switched to an open toe … We cut off some of the straps to make it a super-open toe on one foot so that I can [dance].”

On her chances of winning the dancing competition, Kim Kardashian added: “I do feel the competitive spirit and he’s been helping me to feel better by telling me that every female celebrity that’s won Dancing With the Stars, their name started with a ‘K’: Kelly Monaco and Kristi Yamaguchi. So I’m a little bit luckier there.”