Kim Kardashian is furious after a tabloid reported that she was “caught cheating” with NFL player Bret Lockett. 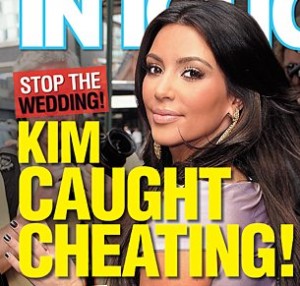 In Touch claimed that the reality star had a “5-month affair” with Bret behind her fiancé Kris Humphries‘ back, including sexy texts and a [email protected] photo. But a representative of Kim insisted that the ridiculous story is 100% not true and she doesn’t even know him. Meanwhile, Kim is considering legal action against the magazine and Bret.