Kim Kardashian, who has new reality series “Keeping Up with the Kardashians,” revealed that being the cover girl for Playboy’s December issue apparently does not indicate that she is a wild child. 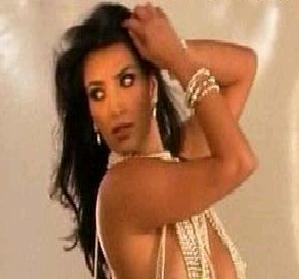 The socialite revealed, “It’s not a nude photo-shoot by any stretch. It is not as revealing as some people might want. I keep it classy and covered up. I do bare my whole butt. And a little bit of my chest. But that’s it. It was something that I was really nervous about doing at first and this is the first time I am talking about it.”

She also revealed that she consulted her family about her participation in the “Playboy” magazine, saying, “I consulted the whole family and I decided this is the way I would have wanted it to come out.” You could see her Playboy photo preview here and behind the scene video of the photo shot here

She talked about her friend Paris Hilton, adding, “I love Paris. We grew up together, but friends drift apart and we just don’t hang out like we used to. Maybe someday we will again.”

As for NFL quarterback Reggie Bush, she insisted their friendship has not blossomed into anything romantic, saying, “We’re really close friends. He’s such an amazing guy! But between me being busy with the new show, and his being in the middle of the football season, it’s not like I have time to dedicate myself to a relationship right now anyway.”