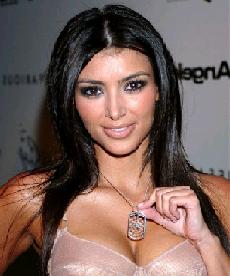 The socialite has landed a Playboy cover according to a weekly magazine and apparently she’ll be showing a bit of skin.

According to a report, scenes from the Playboy shoot will show up in Kardashian’s upcoming E! reality show.

The source also added that Kim Kardashian’s 12-page pictorial “will be one of the longest spreads Hugh Hefner has done in a long time. In fact, the source says, Kim Kardashian and Hugh Hefner are choosing the final photos for the spread on September 20.