Kim Kardashian, recently posed for a pictorial in Radar Magazine, wants to lose some junk in the trunk. 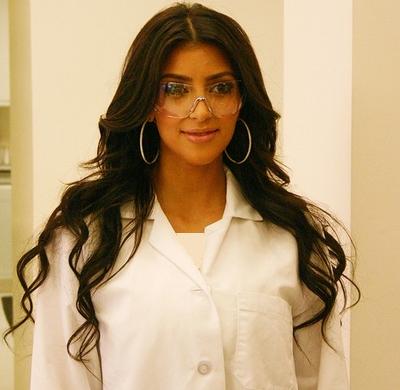 The 27-year-old reality star shared: “I love that I’m curvy, but I’m on this major kick to try and lose weight, especially in my butt. I’m just so over it! When you’re posing on the red carpet and the paparazzi shout, ‘Turn around! Turn around!’ — it gets a little offensive.”

The socialite continued: “I’ve seen magazines where plastic surgeons are saying, ‘If you want a butt like this it has to be fake. I’m just like, ‘Dude, have you ever seen an Armenian girl before?'”

Earlier in the year, Paris Hilton blasted Kim Kardashian’s booty, saying it “reminds me of cottage cheese inside a big trash bag.”

The socialite responded: “Wasn’t that nasty? She called and apologized, and I accepted her apology. She said she was joking. I kind of laugh it off, like, ‘You know, I’ve never denied having cellulite.’ Everyone’s entitled to their own opinion. If she thinks my butt looks like that, I don’t really care. At least I have a butt.”

Meanwhile, the reality star has doing some rehearsing for Pussycat Dolls. She wrote in her blog: “I have been rehearsing with Robin and Mickey for the Pussycat Dolls show in Vegas this weekend!!! I am so nervous and excited all in one!!! Khloe, Kourtney, my mom and Rob are all going to be there!”