Kim Kardashian can now be added to a list that includes Madonna , Vanessa Hudgens, the Jonas Brothers and Drew Barrymore, all people rumored to be involved in future installments of the “Twilight” saga – but would be Kim be a naughty or nice blood sucker? 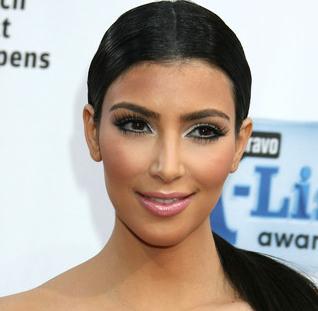 When asked about “the buzz” surrounding her involvement in the series, She revealed: “I would, like, die to be in ‘Twilight.'”

She continued: “Being around all those hot guys. I want to be a vampire! I would be one that was probably nice – no, I kind of want to be evil!” she continued. “I don’t know what I’d want to be – just a vampire.”

Kim has not poured over the four Stephenie Meyer novels yet, but a role in the series would sure delight her sisters, saying: “I didn’t read (the ‘Twilight’ books), but my little sisters are obsessed with ‘Twilight,'” she said.

And if not a vampire that sparkles in the sunlight, Kim said she has another dream role – and it’s one just as sexy.

She added: “Definitely a James Bond film. I would love to be a Bond girl. That would be my dream of life!”