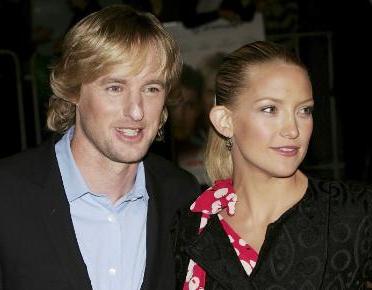 “Owen wants to get married and he proposed to Kate soon after they got back together,” a source tells the media. “But she’s not ready.”

Previously, Star Magazine reported that the couple was planning to tie the knot in June. “This time, it’s for real. They don’t want to ever be apart again,” a source said of the wedding plans. “They’re planning to do it in June. They aren’t sure where yet, but it’s between her mom Goldie Hawn’s home in Aspen or Owen’s place in Hawaii. It will be a private affair, with only close pals and family.”

Contrary to the marriage rumors of the couple, Hudson said in an interview earlier this year that she thought marriage is no longer important for herself. “It’s not important to me any more,” she testified. “I haven’t become cynical. I would consider marriage if it was important to the other person.”

Owen Wilson met Kate Hudson, who split from ex-hubby Chris Robinson in October 2007, on the set of their film “You, Me and Dupree” in 2006. Unfortunately, the twosome split in June 2007 and the “Marley & Me” actor was said to attempt a suicide following painful separation from Hudson. But, the pair was rumored rekindling their love and getting engaged during their trip to France in February.