Kim Kardashian posed even hotter than her Playboy pictures after she graces the cover of “W” magazine for November issue. 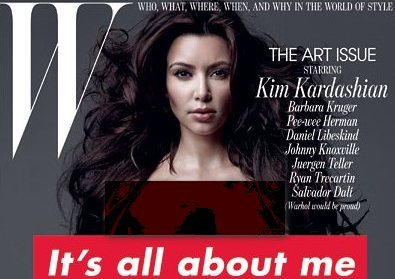 The “Keeping Up With The Kardashians” star, who was only wearing silver body paint, bares all for the magazine cover and some risque photos are also included. Catchy lines, “It’s all about me, I mean you and I mean me,” protected her modesty.

The magazine revealed that Kim found a role of a lifetime in the art of being herself in reality television.