Kim Kardashian, who was an early developer, used to pray her breasts would stop growing. 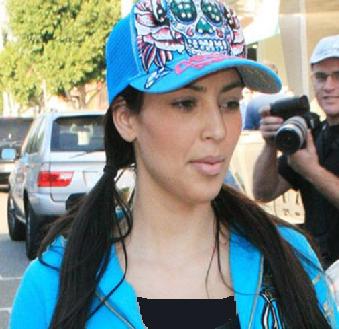 The 27-year-old model, which had C-cup breasts by the time she was 11, revealed, “I would cry about it. I swear, I would say my prayers at night, hoping that I would stop developing.”

The “Keeping Up With the Kardashians” reality star has now learnt to “embrace” her body and made her mother proud by posing for Playboy magazine, saying, “I’ve embraced it now. When my mom saw the Playboy pictures she said, ‘Wow. If I had pictures from when I was your age. You should do this while you can. They might never ask you again.’ ”

The socialite has decided to use her sexy curves to keep her in the public spotlight, adding, “I’m not the sex kitten that they’ve made me out to be, but I’ll kind of give it to them when I have to. I know that’s what they want, and so I give it to them.”