Leonardo DiCaprio grew up surrounded by “drug dealers” and “prostitutes”. 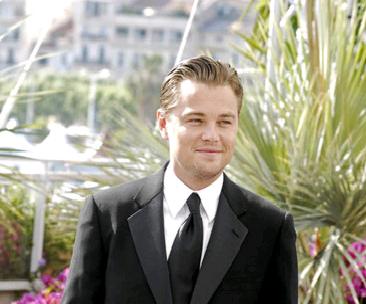 The 33-year-old actor admitted his “terrifying” upbringing in east Hollywood, which saw him regularly “beaten up” and witness “evil and devastation”, made him determined to steer clear of drugs, saying, “My mother and I lived at Hollywood and Western – a drug dealer and prostitute corner.

The actor continued, “It was pretty terrifying. I got beat up a lot. I saw people having sex in alleys. I remember I was five-years-old and this guy with a trenchcoat and needles and crack cornered me. Seeing the devastation on my block, seeing heroin addicts, made me think twice about ever being involved in drugs. It’s evil.”

The “Titanic” star believes his difficult start in life helped him keep his feet on the ground after he was propelled to superstardom, adding, “I don’t really have an extravagant life. I don’t fly a private jet. I don’t have bodyguards and I don’t buy crazy things. I’m not the sort of person who tries to be cool or trendy. I’m not interested in being a ‘star’.”