Kirsten Dunst has checked herself into Cirque Lodge in Utah, it was reported exclusively. 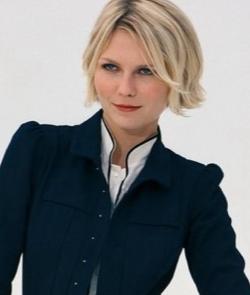 The “Spider-Man” star made the decision to be added in the list of celebrities who entered the rehab like Lindsay Lohan and Richie Sambora — after a week of wild parties at last month’s Sundance Film Festival. It was also earlier reported that fellow celebrities Eva Mendes is also in the mountaintop facility as well as Mary-Kate Olsen was treated at Cirque for food issues.Kirsten Dunst desperately needs help, according to a source. The source revealed, “She desperately needed help. She seemed to be intoxicated when she checked in because she was acting really erratic. She was extremely emotional, constantly breaking down in tears.”

The source added, “She not in a good place right now, but thankfully, she’s getting the help she needs.”

The 25-year-old actress had a reputation for partying, which earned her unfortunate nickname of Kirsten Drunkst by other bloggers.