Kris Allen is going to sing ‘Star Spangled Banner’ on June 7 before NBA Finals between the Los Angeles Lakers and the Orlando Magic. 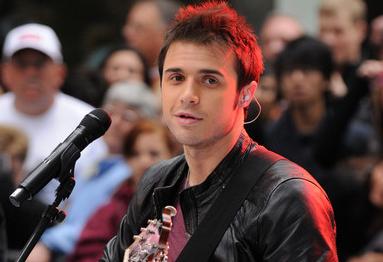 Kris Allen is set to take the Staples Center stage in Los Angeles, singing U.S. national anthem “Star Spangled Banner”. He will deliver his rendition of the song on Sunday, June 7 just before NBA Finals between the Los Angeles Lakers and the Orlando Magic.

When talking about what he hopes for his forthcoming live appearance, Kris says, “I just want to get through it.” The “American Idol” newly-crowned champ also wishes “[he would] not make any mistakes [during the set].”

This is not the first time, the NBA recruit Idol alum to sing at their event. Since 2004, Kelly Clarkson, David Cook, Ruben Studdard, Carrie Underwood, Taylor Hicks and Jordin Sparks have all sung at the game.

In related news, video footage from Kris Allen’s live performance at Wal-Mart shareholders meeting earlier this week have been found. During the event taking place in Fayetteville, Arkansas, he sang Kanye West’s hit single “Heartless” and Idol winning song “No Boundaries”. After that, he did a skit with Ben Stiller.