Kristen Bell once appeared [email protected] on MTV video request show TRL when she “streaked” through the lobby of New York’s Minskoff Theater. 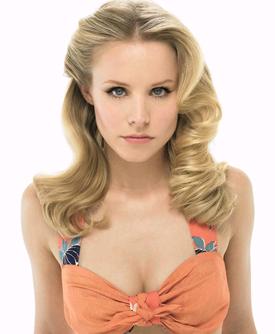 The new “Heroes” actress bared all about the striptease during an appearance on the show on November 20. She revealed that she appeared downsized to a distant dot on the screen while appearing in Broadway play “The Adventures Of Tom Sawyer” in 1999.

Kristen Bell recalled, “I did my first Broadway show downstairs… and you guys used to cut to wides (shots) of the building, so we would watch and see when you did that and we would streak through our lobby… It was really fun.”