Kristen Stewart became the cover girl for the November 2011 issue of Glamour magazine and talked about some topics, including “Twilight,” boys and what’s next in her career. 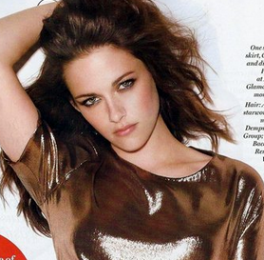 On watching “Breaking Dawn” with co-star Taylor Lautner, the “Twilight” star thought it was really fun to watch the film for the first time. She always loved Jacob and Bella so much but Taylor is great in being Jacob. On final night of film, Kristen was literally pulling her hair and crying and having to walk away for a second because her voice wasn’t working anymore.