Kristen Stewart and Robert Pattinson appear to be comfortable with each other again for their final installment of their film. 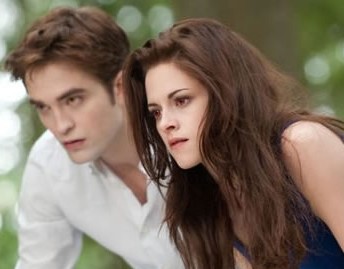 The “Twilight” co-stars are getting cozy onscreen as their new stills for “Breaking Dawn: Part 2 were recently released. Fans could feel a little bit awkward while looking at the photos. Meanwhile, Kristen’s character will change from human to vampire. Her character will show how she adapts the life of becoming a bloodsucker. She will join forces with Taylor Lautner in the last “Twilight” film. As for Robert reconciles with Kristen, they reportedly seen together at Soho House in West Hollywood last Saturday night.