Prince Harry, who became the center of the controversy after sizzling Las Vegas photo, is set to be on the cover of the Tatler magazine. 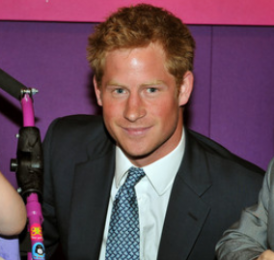 The 28-year-old royal will be featured on the classy magazine as Tatler’s Man of the Year. Fortunately he is wearing his full uniform. Meanwhile, Prince Harry is currently working as an Apache pilot on a four-month combat tour in Afghanistan.