Tough both of them are playing the main characters in “Twilight”, Kristen Stewart is jealous with her co-star Robert Pattinson. 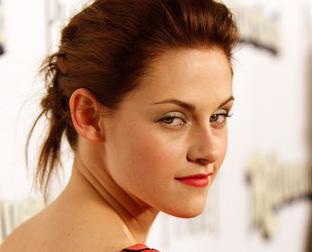 The 18-year-old actress expressed her jealousy as the British hunk had drawn all the attention of the audience while they were interviewed on late night TV. Stewart, on the other hand, could barely squeak during the interview, Star reported.

“She’s sick and tired of hearing about him all the time,” a source revealed. “Except for filming together and mandatory work functions, Kristen refuses to be in the same room as Rob.”

In related news, Kristen Stewart and Robert Pattinson were asked to stop smoking by their fans. In a vote by MyPark magazine, 82% of their fans wanted them to give up smoking. “I think they should stop because they are damaging their heath and they need to be good role models,” a fan of Pattinson said. Then, another fan added, “I want Robert to quit so he doesn’t ruin his voice. I think smoking is stupid too.”