Perhaps one should not easily believe those whispers of an engagement between Britain’s Prince William and Kate Middleton. 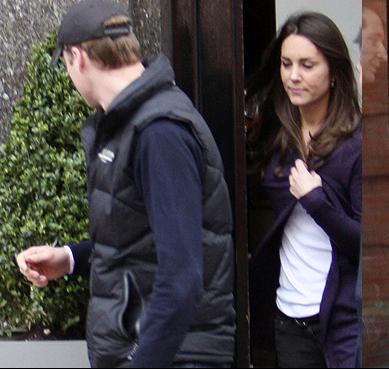 A report has indicated that “I Dos” are unlikely to happen anytime soon. Just before 26-year-old Prince William entered the Royal Air Force Shawbury in January, he was warned that training would be time-consuming and intense.

An insider revealed: “The instructors would never advise anyone to start planning a wedding, let alone a royal wedding, while on course.”

Meanwhile, when Prince Harry was partying with Astrid Harbord, Prince William and girlfriend Kate Middleton were planning a quiet date.

They had lunch in Chelsea, West London, on Saturday, the first time they had been seen out together in two months.