Krystal Forscutt has hit the cover of FHM magazine as she graced the cover for its latest issue. 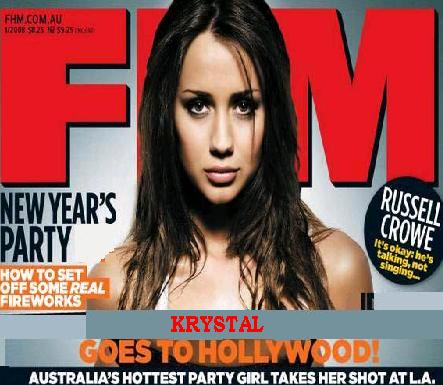 The Australian model, whose career began when she was as a contestant in Big Brother Australia 2006, has posed for racy shots for FHM with a catchy line: “Krystal Goes To Hollywood! Australia’s Party Girl Takes Her Shots In L.A,” which you could see the cover here. Other sizzling pictures are here as well as here.

According to the magazine, she’s coming to America for a shot at making it big. The “Big Brother Australia” beauty revealed, “L.A. is going to be a lot of work – a lot of castings and sleeping on couches.”