Kylie Minogue, “Can’t Get You Out of My Head” singer, has sparked rumors that she’s looking a reunion with her former boyfriend, Olivier Martinez, after the couple was seen dining in the Paris. 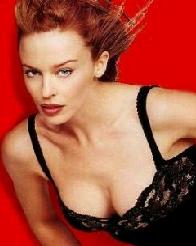 The celebrity pair ended their long-term romance after Olivier Martinez was romantically linked to other women. But now according to a report, the singer has enjoyed at least two “romantic rendezvous” with her former boyfriend in recent weeks.

According to a newspaper’s report, Kylie Minogue was visiting Paris for a routine hospital check-up, when she was seen “kissing and embracing Olivier Martinez outside a cafe”.

A spokesman for the singer revealed that although the celebrity pair is not back together, “They do see each other.”